EPI…. found in all breeds, not just the GSD or Rough Coated Collie breed as previously thought……….. 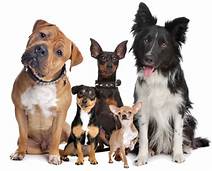 There has been a dramatic shift in breeds afflicted with EPI. It previously was predominantly a GSD or a Rough Coated Collie disease. Then it became approximately a 70% GSD disease.  As of 2016, approximatelly 55% of EPI breeds are something other than the GSD!  The tide is changing and we desperately need to understand….. why EPI is happening…..what is triggering it….can we do anything to prevent it????

2012 random collection of breeds with EPI

The following data results were used in a preliminary submission by Dr. Leigh Anne Clark at Clemson University for a proposal on
“EPI Research in Breeds Other than the German Shepherd Dog“
as of the November 2012  AKC declined funding for this EPI research… but the data not only still stands, but as the years pass, the total of all “other breeds” have over-taken just the GSD breed in being diagnosed with EPI.

Thank you to EVERYONE who participated. Your data helped support both of these submission!

In an effort to hopefully help the EPI Geneticists, Drs. Leigh Anne Clark and Kate Tsai at Clemson University, secure additional funding needed to further their EPI genetic Research….epi4dogs requested email submissions from EPI owners identifying the breed of their dog.  The response was beyond over-whelming!!!! THANK YOU!!

In order to gather truly random results, I purposely did not give the specifics of what the funding was for and simply asked for all breeds,  but the stats we needed were to show how many non-GSD breeds are developing EPI.

The results were eye-opening.  Just from our random snapshot data, the pool of non-GSD breeds developing EPI are now becoming greater than just the GSD pool.

In a random snapshot of time (72 hours) we received 509 responses from TLI confirmed EPI owners:

(3)  From the general population, the known 35 non-GSD mixed breeds again surpassed the 28 GSD-mixed breeds by 10%.

Although not a “controlled” study, this data is very telling…….

List B:
Is the same list as List A but with ALL the mixed breeds excluded. Only known single breeds were included in this list.  A list of all the mixes and included it at the bottom of the data sheet so you can see the actual numbers of the GSD mixes (28) and the greater list of non-GSD mixes (34) that also have EPI. Data collected in 72 hours by EPI owners write-in emails.


List C:
This list is not from the email blast this weekend but rather from Enzyme Diane’s list of who purchases enzymes from her that she had the dog’s breed listed for in her database. This data she already had. We thought it might be telling to see two different sets of data.

Too often a dog is not properly diagnosed with EPI because no one even suspects that EPI may be a possibility if the dog is not a German Shepherd Dog.
The following is an ongoing (started in 2010) of confirmed EPI dogs that was compiled by epi4dogs and EnzymeDiane of dogs that we know of that currently have EPI. This list has since been updated 5/7/2017:
Any of the above breed mixed with another are all susceptible to having EPI. The below is a list of actual mixed breeds that we are personally aware of: