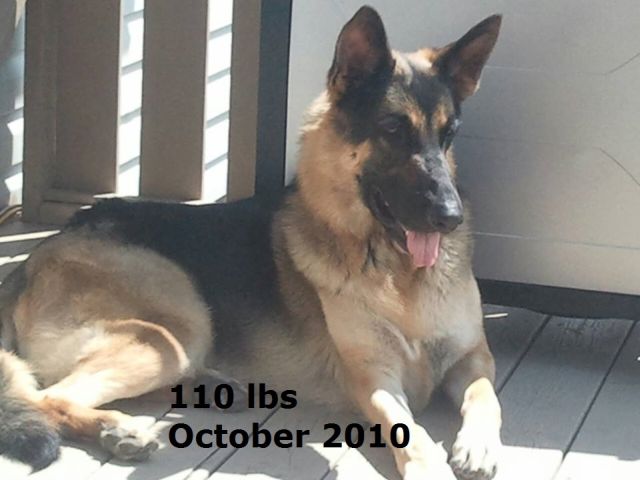 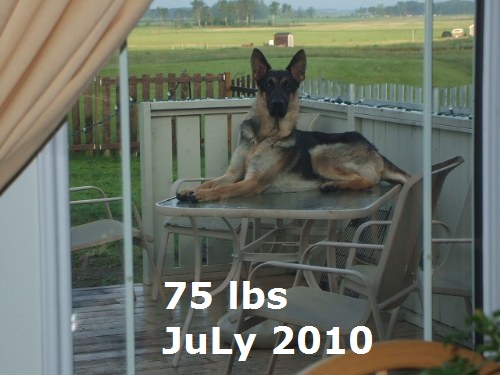 Apollo was diagnosed in july 2010 with epi at the age of one year. I insisted to have him tested and was tired of being told it was just sensitivity or ibs or gastro…..   His TLI score for epi came back at literally at “0”.

The first picture is of Apollo weighing 75 lbs. He was immediately started on raw pancreas and showed improvement within 2 days!

The second picture is of Apollo weighing 110 lbs after being treated with enzyme-diane’s pancreatin 8x and raw pancreas. Apollo does better on a combination rather than just raw pancreas or pancreatin 8x.

Apollo got “tubby” for a while and we actually had to reduce his weight!!!

Apollo is now 4 years old and is gorgeous! I thank god every day for epi4dogs website and wealth of available information!!