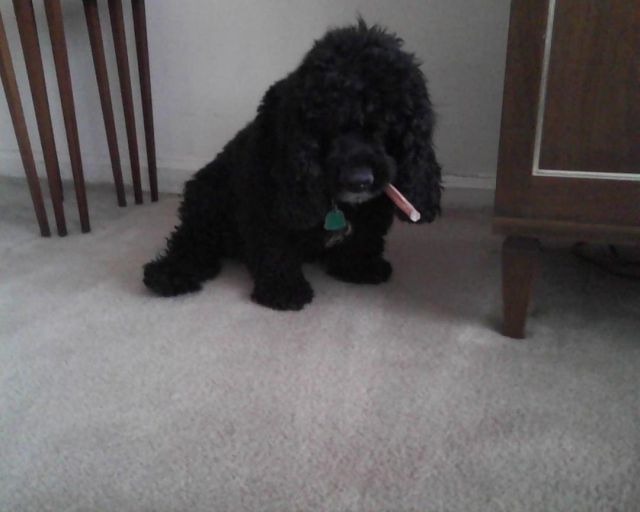 I lost my devoted, loving Cocker Spaniel, Raisin, 2 months ago on March 24, 2016. She’d suffered from chronic diarrhea for 4 months during which she lost half her body weight. The vet prescribed several medications but none were effective. I switched her diet to Hill’s Science turkey, tried several different kibbles, but she was always hungry. The vet said she was starving and needed twice the healthy amount I was feeding her. I spent untold hours on the internet trying to find something to help her. I came across Epi4Dogs and the symptoms seemed in line with what Raisin was enduring. I told the vet about this, but he said she’d need tests which I couldn’t afford. In March, the poor dog couldn’t control her bowels in the house anymore. What she would eat just came right out of her. When she couldn’t even eat anymore, I took her to another vet who told me she was down to 16 lbs (from her normal 32 lbs). He told me treatment would cost many thousands $ which I didn’t have. Even then there was no guarantee of recovery. I made the awful decision to have her put to sleep and I’ve been racked with grief and guilt ever since. Raisin was only 11 years old and had been healthy until this thing hit her. I am 79 years old and had an accident 2 years ago and fractured my right femur. I’d had to depend on dog walkers, (the PAWS organization), to walk Raisin, and I’m still using a walker. I will pass out EPI brochures to the volunteers from PAWS who were so very kind to us and Raisin. I miss her terribly.  If my story and handing out EPI brochures can spare just one more dog, then at least her death will not have been in vain.

Raisin, i will forever carry you in my heart,
your loving human companion, John.