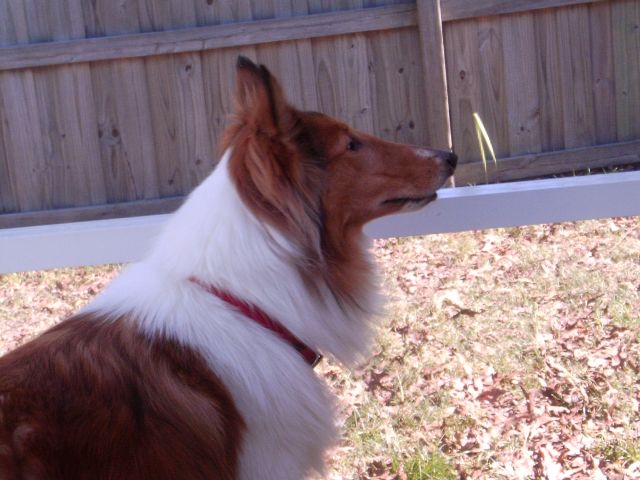 Ruby was her name. She was a beautiful, sweet, funny and inquisitive collie puppy.  She was my “collie girl” that ran the yard every day chasing squirrels. That was her job.  Her best friend was her half – brother Kody who always gave her kisses. 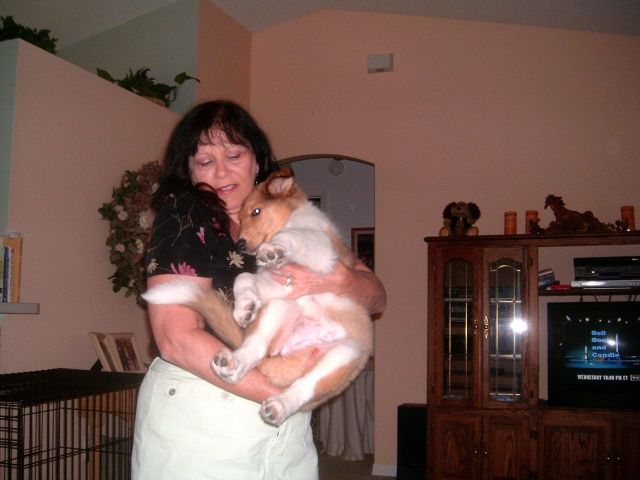 I changed Ruby’s name to Ruby Doobee, lol.  Sometimes I called her Ruby and others just Doobee. She came to both when I called her.

During training class, the teacher called Ruby, the class clown.  She was friendly to everyone and every dog.  She was outgoing and different from the rest.  I loved her for that.  She was full of life.

Then one day, after she was spayed, things changed for her.  She was put on antibiotics, one after another, but they didn’t clear up anything.  She couldn’t keep her food digested.

Our vet said she would give her one more test called a TLI test.  The test came out positive.  My Ruby had EPI, (Exocrine Pancreatic Insufficiency).  I asked the vet “What do I do?”   The vet said she only had one dog like that and it died from snakebite.   NO, NOT MY RUBY GIRL… SHE IS NOT GOING TO DIE, I said.

I started her on the powder form of enzymes.  She couldn’t handle it and I was allergic to it.  She was getting sicker… my poor, poor baby.

Then after praying about it, I came across “EPI 4 Dogs” on the web.  God had dropped a lifeline into our path.  I read and read and researched and asked questions.   I was determined to help Ruby Doobee to live.

I learned a lot.  I started her on Creon, an enzyme replacement, and I added, B-12 to her food with intrinsic factor twice a day. I also started giving her Primal Defense, a probiotic.  This probiotic helped to eliminate the bad bacteria that had accumulated in her body from so many antibiotics.

Ruby started gaining weight, loved to eat again.  She was filled with energy once again running with her brother Kody Oodee. lol They chased each other and patrolled the backyard keeping the squirrels out.  Ruby Doobee became the leader.  She had a mind of her own but respected me. 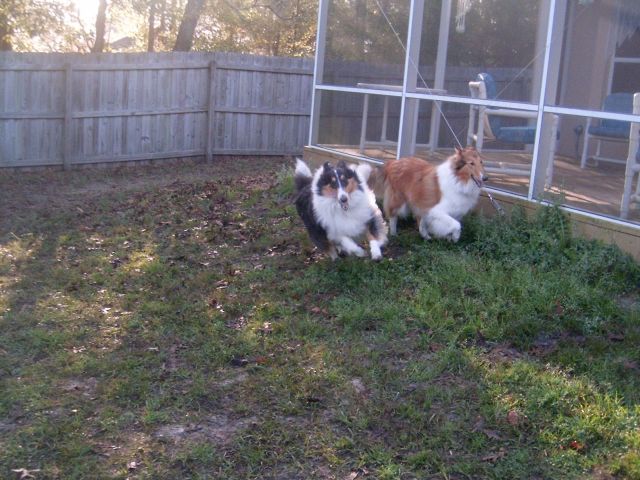 In 2017 Ruby was part of  “EPI Microbiome Research study conducted by EPI 4 dogs and Texas A&M Gastrointestinal Lab. She was also featured in one of the EPI calendars.  They named the page “Marilyn’s Ruby”.

Ruby Doobee was nosey. She had to check out everything. She wanted to go for rides in the van, go for walks, get up on the loveseat, and look out the window and watch what might be going on outside.  She was my blessing and I was hers.

Ruby Doobee lived; I had challenges to keep her going.  I spoke with 3 vets but they didn’t know much.  I could have taught all three of them.  So it was God, Me, Ruby Doobee and the EPI family.  It worked well.

Then one afternoon she ran out from the porch to chase a squirrel with her brother Kody and she collapsed in the middle of the yard.  I tried to get her up but she couldn’t walk, so I picked her up.  God gave me the strength.  I say that because I had been in ICU and rehabilitating for 15 days and was not totally recovered from Ketoacidosis, a diabetic coma.

But, GOD gave me the strength to pick up Ruby Doobee and carry her on to my porch where she laid with her head on my lap for a long while.  I later got her to my bedroom, put her on her blanket and she passed away lying next to me by my bed. I touched her face.  I then placed a stuffed squirrel by her and said, “Ruby, you finally caught the squirrel.”  Ruby Doobee lived for 10 ½ years. 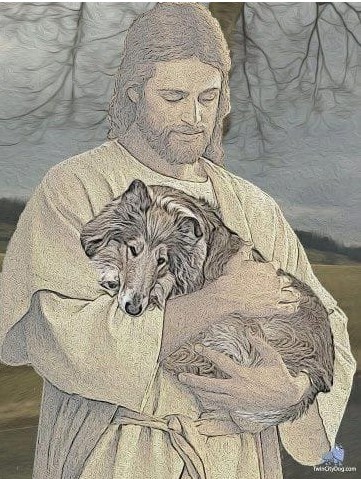 I miss her with all my heart.  I believe she is in heaven and that Jesus held her close when she passed away from here.

RUBY DOOBEE ALWAYS IN MY HEART AND MIND

Thank you God and to all the people that have helped through the years, Olesia first and foremost and then to all from around the world that gave me direction.

Thank You to those that do all the research about EPI and have given me input… you have been a blessing to my beautiful “collie girl” and me.