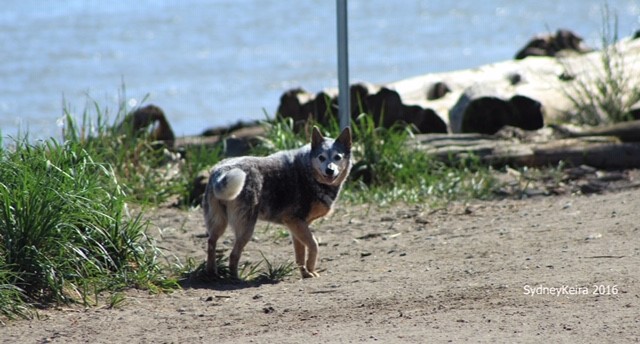 This is a story of a Cattle dog named Merry. She was born in June 2003 full sister to my dog Pippin. She went the home of my herding instructor and for 8 months we saw no more of her. The  instructor says one day she was going to have to rehome Merry as she had no herding instinct. I was amazed. Things went from bad to worse and the owner became very ill and we took Merry. She was quiet and soft not like her sister. I thought I will teach her agility and get on with life. The following summer I was in Vernon training Pippin and I thought I would give one more chance. To my total amazement she went straight out on a square flank and down the fence line and there were sheep coming at us at 100 k. The herding instructor looks at me and says “no instinct ay”. The stage was set. We never did agility and she became my go to dog. Someone once told me Merry will never let you down and in 11 years of trialing she never did. She even did a shed for me when neither one of us had ever seen one before. At the end of her career she had 18 herding titles including RLF 3 from AHBA. She was the dog that Lynn Leach used to let dog break the lambs every year. Little babies 2 or 3 weeks old and she would bump them with her nose to get them moving.

About 2 years after we got her she became very ill, clearly dying. The diagnosis EPI her pancreas doesn’t produce any digestive enzymes. Mostly a GSD disease with a life expectancy even with treatment of less than 10 years. That was May 2006. We put enzymes on everything she eats including treats and every day is a bonus. Most of her titles were gained after the diagnosis. She is a poster child for the Vet School at a big Eastern US university. She is very deaf and quite creaky in the back but every day she goes for a walk with great joy and visits with her many friends. We know her time is limited but as long as she is well and has some joy of life our lives are better for having had her. 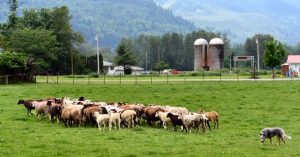 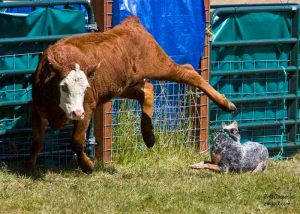