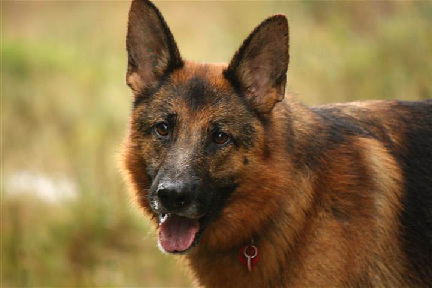 Wallace came to me at 10 months old, he was rescued because his owners weren’t coping with his EPI which had been diagnosed when he was 4 months. He actually arrived as a foster dog but very quickly we knew he wouldn’t leave, and so we joined the FFC (Failed Fosterers’ Club!). 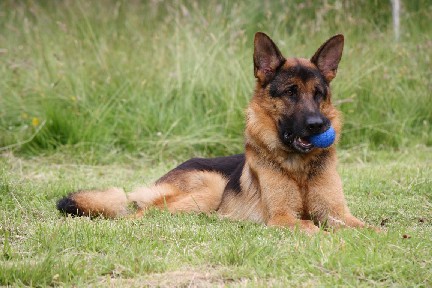 I had set my target of 30kg for him, I felt at that weight he would look just right but for years he stayed lean and I just couldn’t get those last few kilos on him. Then he developed Metatarsal Fistula, the treatment was steroids, finally the yoyoing stopped, the steroids kept his appetite up and he ate consistently well and reached 28kg but still we couldn’t get to that target. I decided to stop worrying, he was happy, healthy and very active. 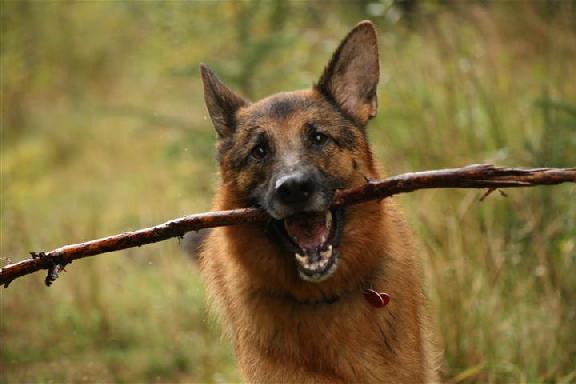 Then in February 2014 Wallace started losing weight again. I was gutted, I was really worried something else was going wrong. But he started eating sticks in the garden, he hadn’t done this since he had stabilised, this was the clue, he was hungry. Obviously something had changed in his body, so I decided to try increasing his enzyme ratio and adding in an extra meal again for a little while. Result!! He gained 3kg in the first month and 2kg in the second month, this 5kg gain got us to the 30kg target weight. AT LAST, 3 years and 7 months from when he arrived.

Wallace was already getting huge amounts of enzymes compared to other German Shepherds, he now gets humongous amounts but I don’t care, it’s working for him and that’s all that matters. Just goes to show how every EPI dog needs his or her own formula!