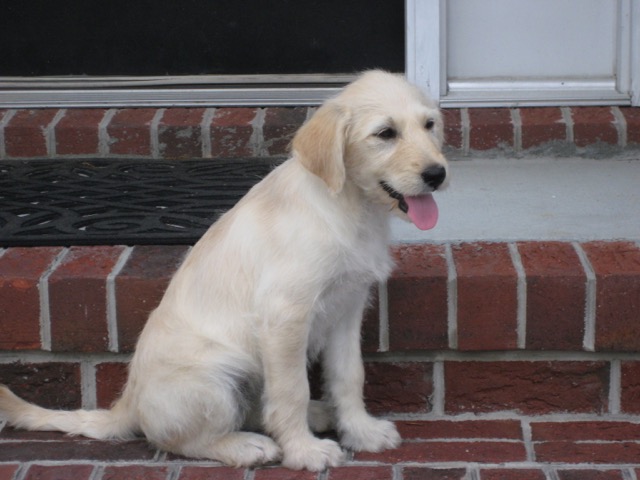 Riley is a 6 year old Labradoodle, we got her when she was just 10 weeks old. She has always been a special pup, and I have always had a bond with her that is different from other pets in my life.

In April of 2014, she began to have some digestive issues that consisted of occasional vomiting, rumbly stomach, terrible gas and diarrhea.

We went to the vet, she was given antibiotics (metro) and probiotics and put on a bland diet which consisted of chicken and rice.  Things we now know weren’t doing her any favors. She got moderately better, then regressed.  Took her back to the vet, she was given more anitbiotics.  Meanwhile, Riley was beginning to waste away despite eating greater and greater volumes of food. She became a scavenger in our home eating whatever she could find. (often breaking into the pantry and eating whatever she could reach). This was so out of character for her. About this time, she began to have an oily leakage from her behind. Every day I had to give her a bath as the oily discharge was all over her fur in the morning. Poor girl! This was the thing that sent us in despair to the vet yet again. By this time it was September 2014.

Finally I saw the senior vet in the practice, which happened to be her regular vet. He suspected IBD and drew blood for testing.

Soon after I received a call from him telling me the diagnosis of EPI. At that time, I was so happy to find out what the problem was, I did not understand the full impact of this diagnosis.  It was only as I began to try to get her to stabilize that I did some research and realized the lifelong implications of EPI. I was very worried. 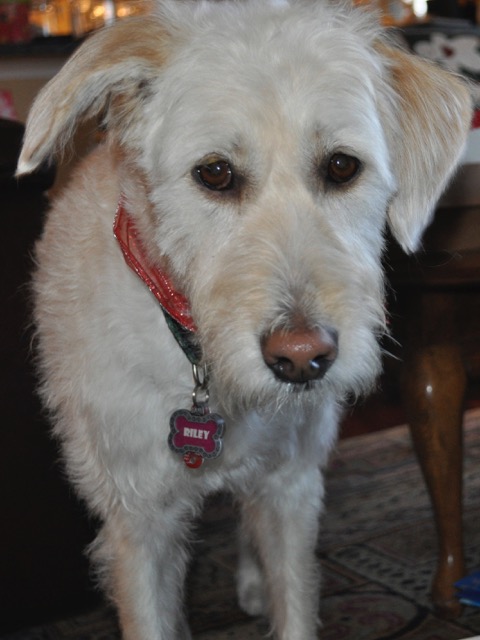 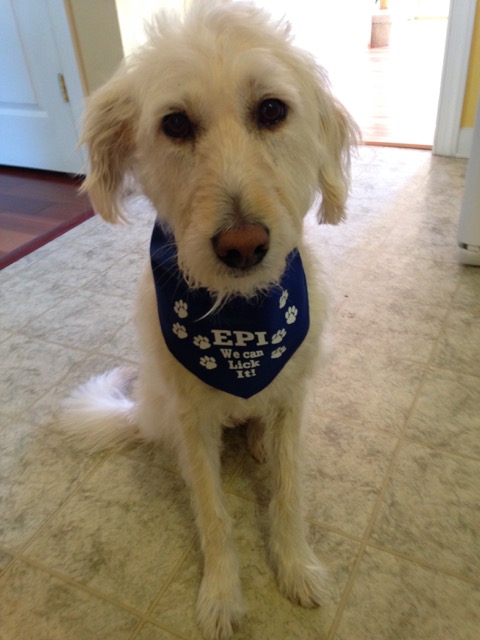 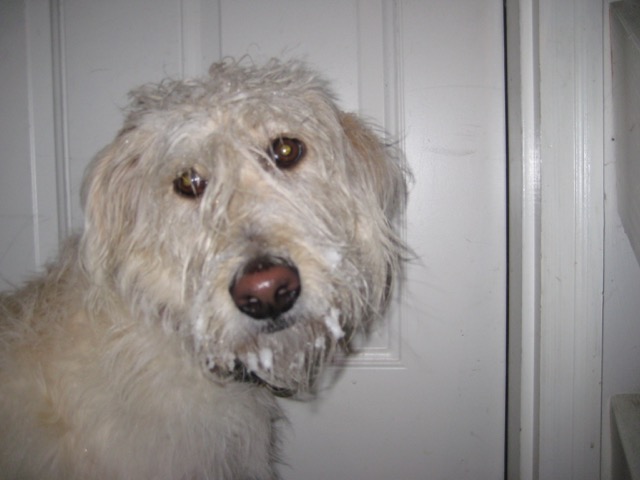 Riley did not begin to dramatically improve until I found the Epi4dogs website/forum and began educating myself and following their advice.

Since joining the forum in October 2014 and getting her on track, Riley has gone from her low of 33 pounds to her current weight of 44.2 pounds as of 2/25/15. Pre diagnosis her heaviest weight was only 40 pounds!

I would like people just starting out on this journey to see hope through Riley’s story. EPI is totally manageable when all the components are addressed.

My biggest piece of advice to those newly diagnosed??  TRUST THE FORUM!