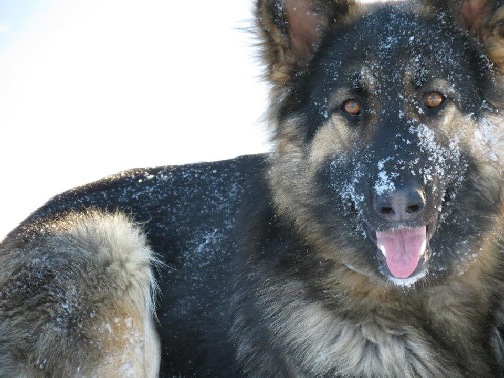 Marley came home from the breeder at 8 weeks in May of 2011 and we were thrilled when she got off the plane from way across the country. She was a good puppy who never had an accident in the house and while she was a little reserved around strangers and strange dogs she was otherwise a normal, happy puppy. Around 10 months of age, she started to have bouts of diarrhea, but these would always clear up and could be explained away by her getting into something or her being close to a heat cycle. It seemed a little strange that is was always Marley and not her brother Hemi(who is a lab and thus would eat anything) who had loose poop. Looking back she was always thin, but the vet and breeder assured me that with giant breeds it takes time for them to fill out and with two active puppies we walked anywhere from 10-20 kms a day plus all the playing she did. At one point Marley was getting 12 cups of Solid Gold food a day and was still thin. 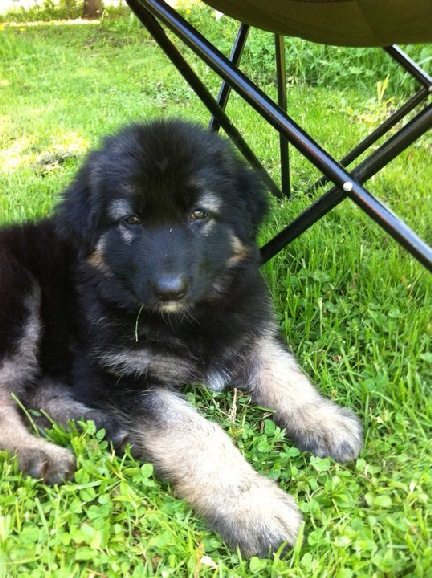 By the time she was 18 months, the episodes of diarrhea were becoming more frequent, we did the usual switching foods, antibiotics and deworming. I started giving her solid gold plant enzymes and this seemed to help and she got to 94.2 lbs by the time she was 2. In the late summer/fall of 2013 Marley started to lose a little weight and her loose stools were pretty constant. I had requested the test for EPI when she was 18 months as her sister had tested positive, but the vet said it couldn’t be EPI as she always got better. In October she had a lump removed and we discovered she had lost 15lbs. The lump was infected, so she was put on clavamox and then metro and fenbendazol in case she had giardia and her poop firmed up and she put 5lbs back on. Within days of finishing the metro she crashed hard and by the time I found this site and insisted on the test she had lost almost 30lbs…her test came back with a TLI of 2.1 on December 24th 2013. We really thought she was not going to make it, you could feel every rib, see the outlines of her hip bones, she did not grow a winter coat and would shiver if she was outside for any longer than 2 minutes. Additionally Marley would do anything to get food, counter surfing and stealing food from your hands while you were eating. She ate everything she could get in her mouth…rocks, sticks, leaves, earplugs and 2 lbs of bread dough that was rising on the counter. Policing her from getting unwanted stuff was almost a full time job. We were given contradictory, inaccurate info from the vet and it is only due to the help I received here and from Diane that we are where we are today. 6 1/2 months after diagnosis, Marley is 97.5lbs, a little more than 3 lbs over her highest weight and except for a little reflux and having a bit of a bad attitude towards strangers she is perfectly healthy and you would never know she has anything wrong with her. For those who are just starting out, don’t lose hope, with time and patience you will get there.