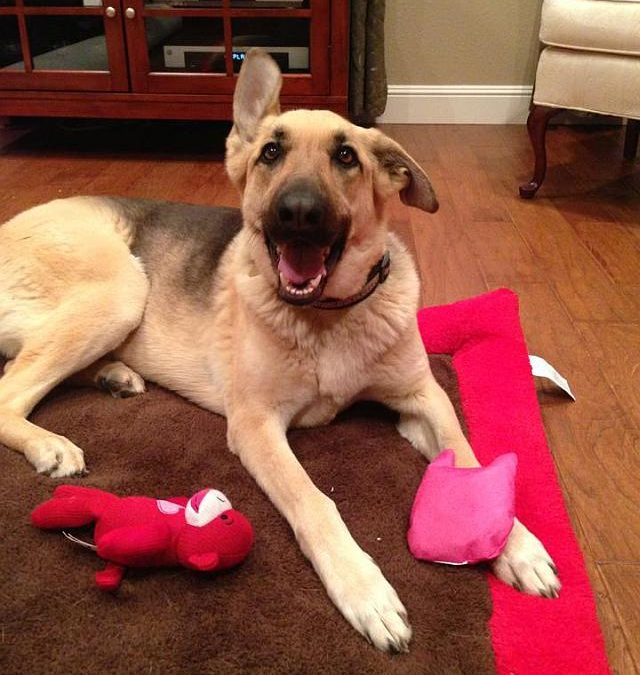 WOW… is all I can say about Dizzy. We picked her up from the vet recently and she weighed a hefty 93 pounds. I can’t believe my very sick 55 pound dog in December 2011 is so huge now. We are approaching her 4th EPIversary and I just wanted to brag on my big girl.

We built a new home in the Spring of 2011 and we were living in a hotel until the house was finished. Dizzy was not sick when we sold our old house, but after living in a hotel for 5 weeks everything changed. Almost immediately after moving in the new house Dizzy became sick. I had recently switched her to adult dog food and thought that it had messed her stomach up. We kept trying different dog foods, but none helped the constant diarrhea she was having. One day I just gave in and gave her table food because she was so skinny. She actually had undigested food the next day in her poop. I told my husband and he said something’s wrong with her pancreas. I started researching and found this site. I printed out the information and took it to my vet and said test her for EPI. We received the call on Christmas Eve that she was positive for EPI. We were told to order enzymes and that was it. After 11 months of only gaining 5 lbs and still having soft poops, I finally got the courage to post a thread on here about Dizzy.

I’m so happy I did because you guys gave me the missing pieces of the puzzle to get my girl well. They were B12 and pro-biotics. I will forever be thankful for the help I received. 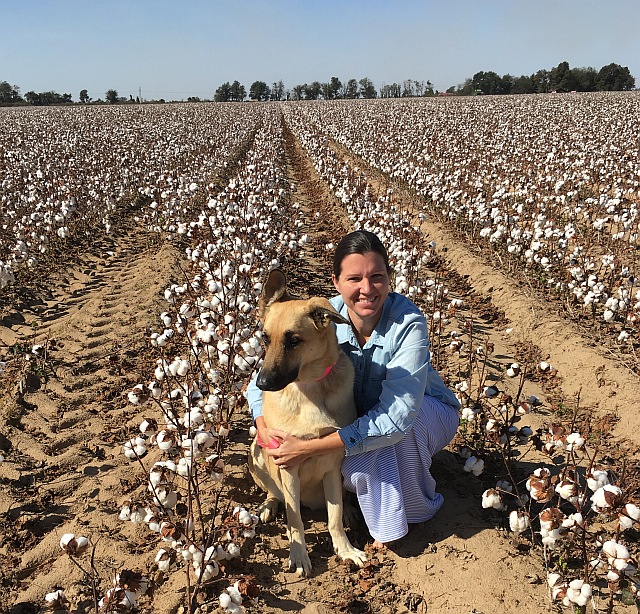 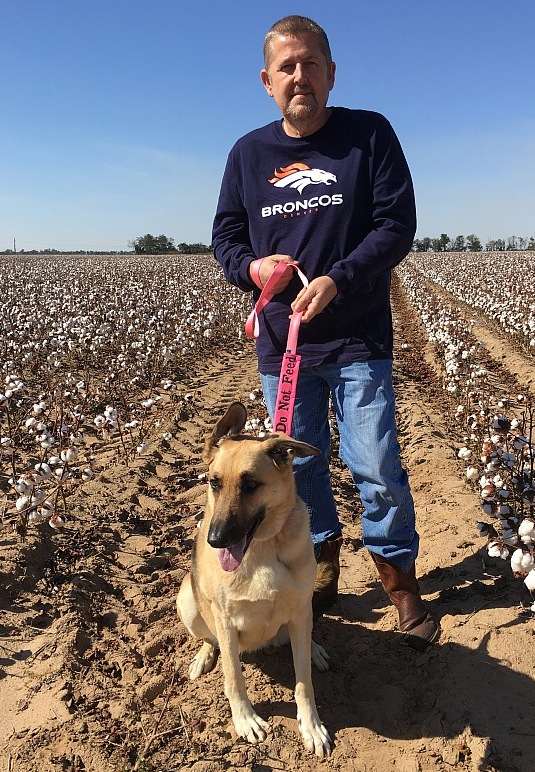 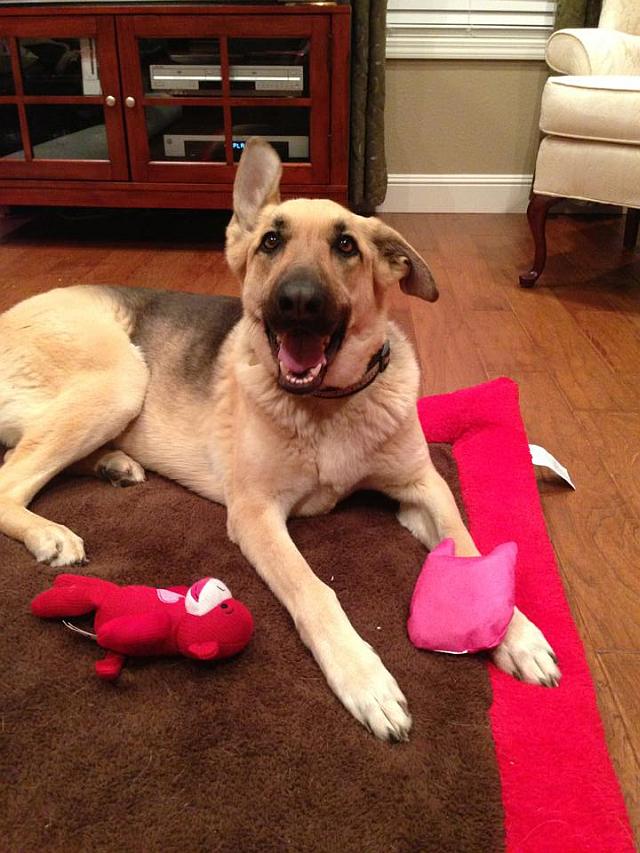