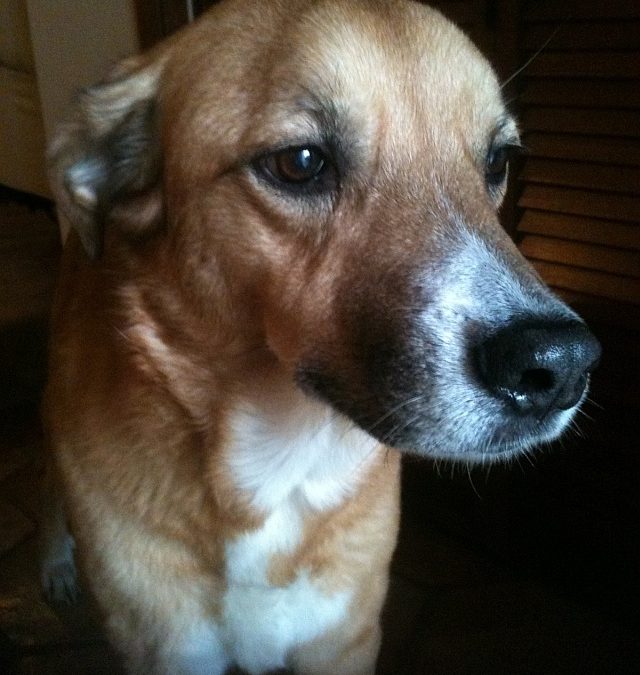 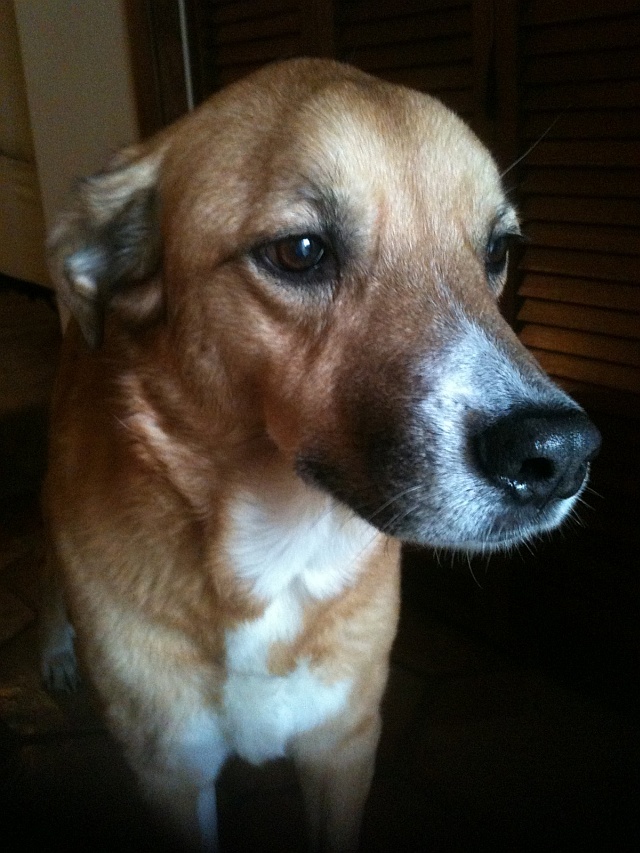 My sweet Ruby Jean died last week, March 2015. It hurts to tell about it. But if feels good to share her story.

We rescued Ruby. My daughter helped me do it. Ruby was a little-bitty-ole thing, and she peed when I first walked up to the cage and looked at her, at the shelter. But she and I, just, made the right connection. She peed every time I walked into the house, for nearly a year. She was so happy to see me, though.

We got along real well. Better than my human family life. As things can go, my daughter’s mother and I found different ways. A family split can be confusing.

Ruby was about six, seven years-old when she began to shrink, physically. It became horrible. Ruby began shrinking. She looked like something you’d see in a bad fundraising commercial for starving African children. It was not a good situation. I spent a substantial amount of money at a veterinarian, and I was told to make preparations for Ruby’s death.

That did not go okay with me.

I searched the internet, as best I could. I found an article, on a scientific study, about endocrine failure in canines. I bought the very brief article for less than three dollars, U.S., and saved my dog. That was about the time Olesia was establishing the site, EPI4dogs.com.

You can believe me or not. Turns out, Ruby and I moved in with my dear, late uncle. He was NASA’s Chief of Medical Operations, Cardiology and Aerospace Medicine during the Apollo and SkyLab missions, and established the NASA medical program for the shuttle business. He was on the way out, when we moved in with him. Ruby provided my uncle great comfort, as he died.

Later, I spent 11 months of my life on chemotherapy, in bed, crippled. Nearly the whole time, this dog stood by my side and stared, caring, for me, like nothing I can so easily put into words, waiting to figure out how she could do for me. She was a remarkable creature. I, just, really couldn’t do enough to try and explain how God smiled on me, providing this gentle animal that was, Ruby-Doo.

My local source for fresh pancreas shut its doors. After seven years of live pancreas, there really was no easy, local source for it. From live, bovine pancreas, I switched her to powdered, porcine enzymes. It just didn’t work. I witnessed her shrink down, again, within about six months. This time she was very old, 12-13-years.

And I lost her. Last week.

The best thing I can tell you is, and I swear it is true, she had been sleeping in the living room. She woke up, came in to me, fell at my feet, and died, within about 120 seconds. It was one of the couple most beautiful things I have ever seen. I got to spend her last few seconds, with her.

A couple years ago, my buddy bought a fancy, high-dollar German Shepherd. About a year in, his dog began to whither, and die. They were going to put it down. I got in the way and suggested the EPI thing might be the dog’s problem, and offered to take it, if they felt there was nothing to do, but put it down. A couple years later, the dog is doing great. They are providing the dog powdered enzymes, and are following the guidance on EPI4dogs.com, and things are going very well.