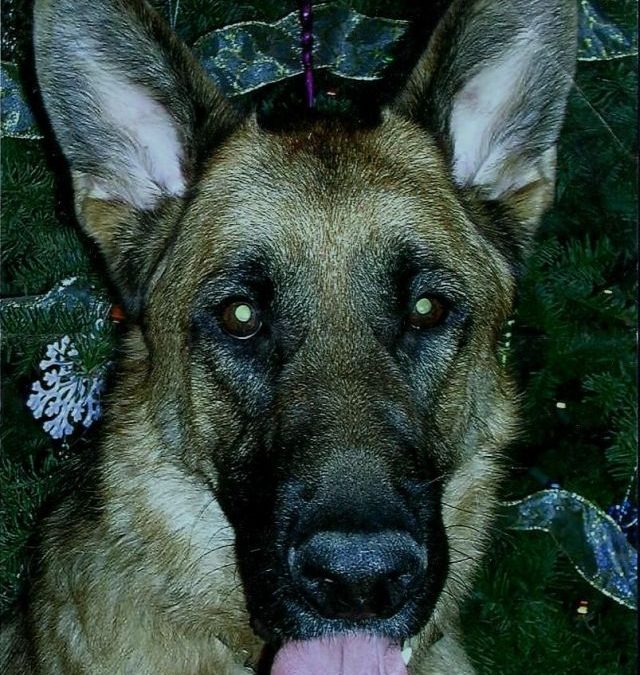 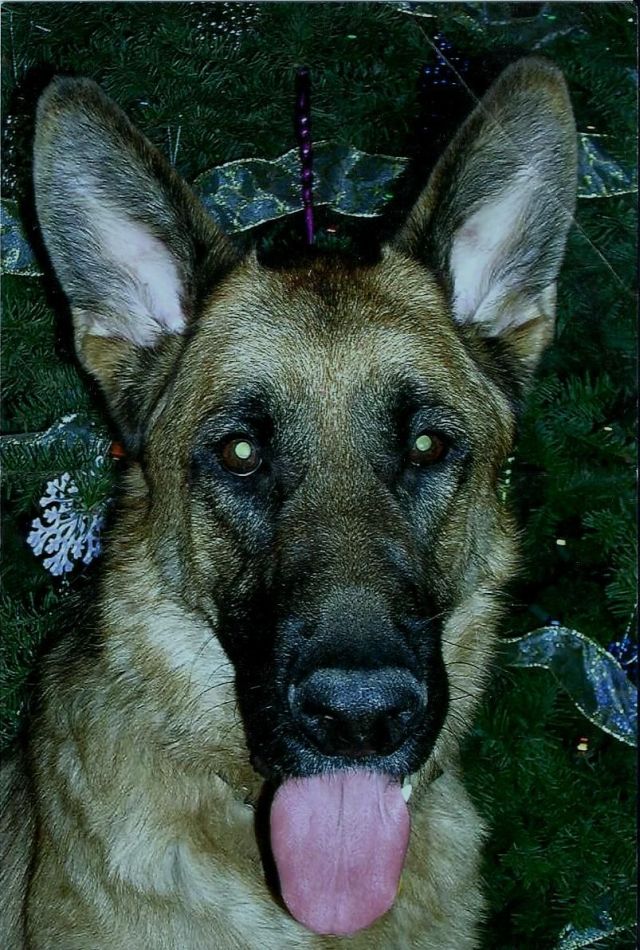 The last few days have been so hard for our family. We have watched Oliver go between bouncing around in the snow like a puppy, to throwing up everything we try to feed him……to brushing him gently last night and finding it hard to brush over the prominent bones left from starvation. He is at the point where he cannot eat…..he is a german shepherd…he is stoic and his entire life has been about keeping us happy. When we have suffered, he has suffered with us. When we have celebrated joy, he has been there with us. He has been our rock and our strength throughout his 10 years of life.

We picked Oliver out when he was 8 weeks. Our daughters were only babies. Oliver was chosen to be a search and rescue dog…..and over two years that he trained, he was amazing. But then our lives changed and his job evolved as our precious young daughters were diagnosed with combined immune deficiency disease. Oliver became a service dog for them. He was a mobility dog so the girls could go to Disneyland….to zoos and museums and he was there for them to lean on so they could be children. Oliver has graced not only the hearts of our family….but everyone he has come in contact with. He is truly and angel. Oliver was featured in the Aquarium of the Pacific magazine after he had a long and beautiful nose to nose interaction for almost 45 minutes with a family of seals. What no one knew was that the seals were dying and left our world the night after the interaction. It was so beautiful and the aquarium moved to have a day dedicated to service dogs and their handlers. We always joked that Oliver was more popular than Micky Mouse at Disneyland. Every time we would stop for a break, a line would form. But the most beautiful interaction I remember with Oliver was with a young boy with Cerebral Palsy. He was only 10, but the two fell in love. In front of a crowd, we stood by as the young man was lifted from his chair and placed on the ground next to Oliver. Everyone was in tears watching as the two shared their hearts and love with eachother. On another occassion,, we watched Oliver with a severely autistic boy who was having a crisis. Oliver lay on the ground next to him and, within minutes, the young boy had come full circle and was calm and quiet as he and Oliver shared time together. We spent much time sharing with people the value of service dogs in disability….whether it be physical or emotional. We taught people how much dogs can do.

Oliver was retired as a service dog two years ago when his health became an issue. But this has not stopped him from sharing his precious spirit with everyone. We are all so sad to be at this moment in his life….one we all knew would come….but we hoped not so soon. There will be such a void in our lives without him. We came to realize this morning that asking him to suffer in order to give us time to accept the inevitable is unfair to him. We realized it is more important for us to remember how beautiful, loving and silly he is today than to remember him suffering on his deathbed….starving.

It is with such a heavy heart that we approach our day today. I pray for strength in all of us, especially our young daughters that have been so in love and connected with our precious Oliver for the past 10 years. The girls have asked that we return to Disneyland and dedicate a street tile to him in honor of all of his beauty and love.