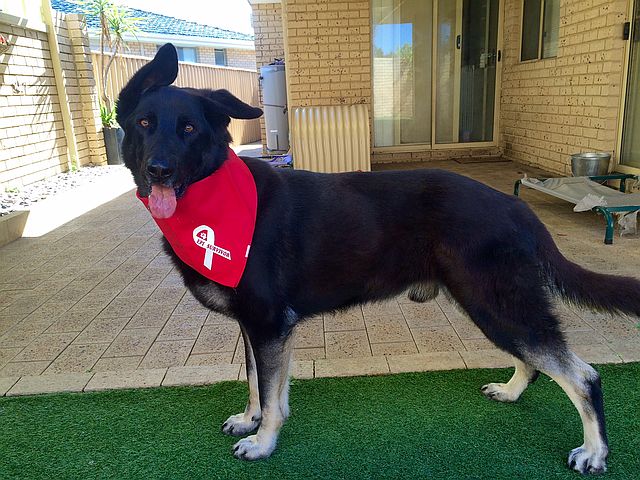 I first met the boy who would later be called Kobe, when he was only one day old. I got to watch him eat, sleep and play with all his siblings and referred to him as the “boygirl” because my oh my, was he affectionate. He always wanted to be held, rocked to sleep like a baby with his piercing green eyes and silver colours, it was impossible to not fall in love with him. When the day came to welcome him to his new home, he met the love of his life, Brandi. She was 5 when they fell in love. Being a staffy herself she was affectionate towards him, unless it involved food. She instinctively wanted to protect him, even when he was big enough that she would stand under his belly. They would play, sleep, lick each other and get up to all types of mischief together throughout the years. Nicknamed Bonnie & Klyde as it seemed they would suddenly grow hands, open doors, cupboards, furniture.. you name it. If he was up on the couch with you and if he wasn’t already laying on you, he had to be touching your hand, leg, anything. That’s also the reason he was called Kobe the cat, the affection he showed was unwavering, combined with his majestic ears.

In October 2009 things changed, although he was still doing the things that he would always do, he started having constant diarrhea, up to 6 or 7 times a day. What went in, went out, rapidly. After multiple vet visits, I was googling Kobe’s symptoms and came across the life changing website and forum, epi4dogs. From the moment he was diagnosed with EPI, I would spend countless hours on the forum, talking to the many other owners that had experience with it first hand. Being in Perth, Australia, I would stay up until 4 or 5am. It was one of the most daunting experiences I had yet to encounter in my life. My vet didn’t seem to have much knowledge so I was relying solely on people at the time such as Olesia, Ann, Lynn for their guidance and recommendations on what to do. It took 6 months for Kobe to get stable, throughout that time we tried 4 different antibiotics, B12 therapy and changed his food. I knew first hand that there were others that had conquered the EPI diagnosis and I did everything to be one of those. Even when my vet at the time said I should start to think on what’s right for Kobe, also known as, he isn’t responding you should think about letting him pass. Nope. Nothing is going to stop me, I knew there was a way to get him stable I just needed to find the right balance. And I eventually did and I also changed vet clinics.

From there he remained on B12 injections, Creon of course and his diet. Before Kobe started having these symptoms he was a solid 40kgs, which dropped to just over 33kgs. It took time for him to regain the weight that he had lost. For 7 years I would come home from work every day to feed him lunch.

Kobe lived with EPI for almost 8 years. There were hiccups along the way, SIBO which we would battle with Tylan every 12-18 months or so, but we had a grip on it. The daunting days were behind us, we knew what to do and when to do it. We also knew that we had epi4dogs to turn towards for comfort, confidence and guidance. And when we needed them like a bell, the epi4dogs angels were there. 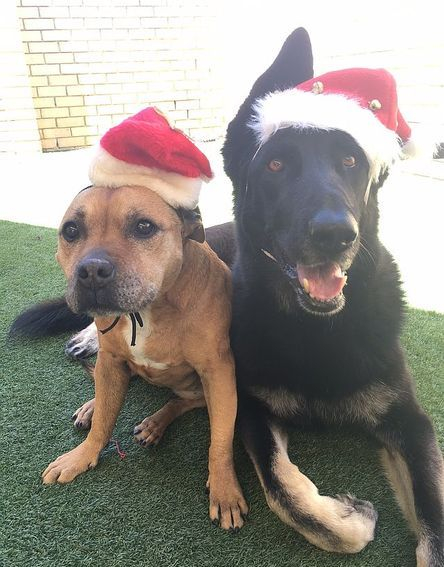 As May 2017 came around, something changed. Although Kobe wasn’t having frequent episodes, the quality had deteriorated. After 2 weeks of weekly B12 and Tylan, there was no change. We went to the vet on 16 May and she recommended increasing Creon as all results were normal. I tried this for a week and went back to the vet on 24 May. Something is not right, and although it may look like a symptom of EPI, I know it’s not. The following day Kobe had an abdominal ultrasound which didn’t show too much, apart from water in his belly as he had begun to drink more which I had also noted to the vet and slightly enlarged adrenal glands. Following the ultrasound he started vomiting. For a boy that vomited about 5 times in his life, once again I knew something was not right. On 26 May I took him back to the vet for LDDST tests to test for Cushing’s disease. He was still unwell and they kept him on fluids that afternoon. The following morning he was very, very low and did not want to eat. I took him back to the vet and his white blood cell count was very high. They were also going to do further analysis on the WBC to determine which was the contributing cause. By the early evening that same day I took him to emergency and he was in shock, so was admitted and remained there until Monday morning when I could meet with the internal medicine specialist. He was of the opinion that based on what had been happening, it was a case of gastroenteritis. Kobe came home with various medications for the nausea and we kept at it for a few days.

Within 3 days, he was vomiting, passing stools without knowing and wouldn’t eat again. I took him back to emergency. Another ultrasound that day showed various, significant changes in his abdomen, including disease and severe ulceration, to the point where perforation was highly possible. The sudden changes in an ultrasound in 1 week took everyone by complete shock. Our plan from there was for an endoscopy and further ultrasound to be done, following the long weekend as a scope at that time would be high risk. During that time I decided that hospital was the best place for Kobe, for him to remain hydrated and under careful observation given the state of his insides. On 6 June a repeat ultrasound was done which showed a vascular mass on Kobe’s pancreas. In less than 2 weeks, something was there that wasn’t there before. A CT scan was done which showed the size and impact of the mass. Removing it would result in death, biopsy of the tissue and surrounding tissue would likely result in death. And there would be nothing to gain for it, as what they believe it was, Gastrinoma, could not be treated. Although it wasn’t 100% confirmed, based on Kobe’s clinical symptoms and the aggressive, sudden, severe intestinal disease and ulceration, it was highly probable to be the answer.

Kobe came home that night and he was as full of life as ever, chasing his ball, playing, eating, sparkling eyes and of course his gorgeous happy face. The only treatment I could provide to him was anti nausea medications and a gut protectant, which was merely treating the side effects of the tumour temporarily. No cure, no hope. 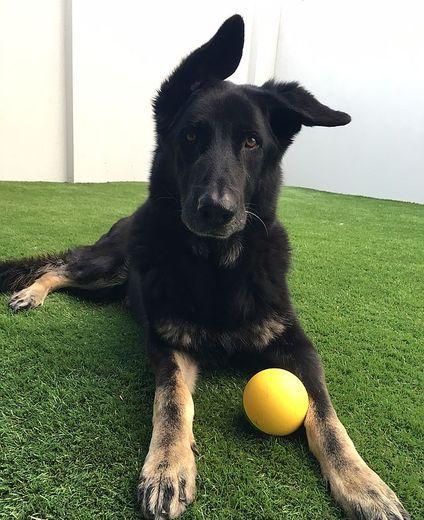 Kobe lived his last days doing what he loved the most, being surrounded by those that he loved and loved him unconditionally. I decided he had been through enough in those 2 weeks alone and wanted to spare him from any further pain that would be coming to him. I didn’t know what it was like for him to eat, did it hurt, was it uncomfortable, does it burn, why does he drink straight after he eats, is that because he feels something on the inside? No one knew the answers, but presumably as he was eating and clinically stable, that meant he was doing okay. His stoic nature made that impossible to know as he had to get very, very low to the point of being in shock, to show me he wasn’t okay. And I couldn’t do that to him again.

Kobe, my Superman, passed to the rainbow bridge on Saturday, 10 June 2017 in the comfort of his own home, wrapped in my arms on his favourite blanket with his favourite toy. My heart stopped with his. 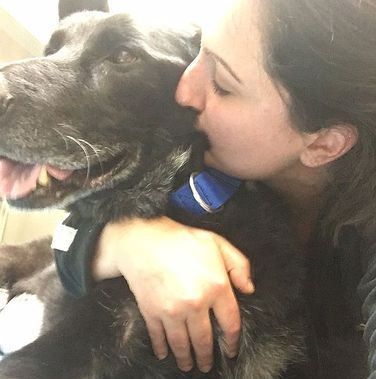 Please always remember that EPI is not a death sentence. Kobe as well as many other fur kids on epi4dogs are living proof of that. We feel the strain on your heart, the worry, the uncertainty, the dark days. But there is light at the end of the tunnel. Our babies with EPI can have a normal, happy, love fulfilled life like any other. We devote our lives to them and they rely on us as owners that no sickness, illness or diagnosis will ever change that. There is proper, manageable treatment available for EPI with the use of enzymes, antibiotics and B12 therapy and I would do it all again, one hundred millions times over and would encourage anyone and everyone else to do the same. I learnt from him what unconditional love is. What it does, what it means, how it makes you into the person that you are.

Run free my love, we miss you with our every heartbeat. Sam and Brandi.