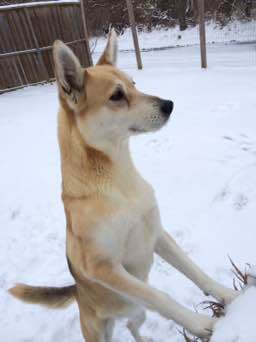 Fancy, Forever in my Heart

When I first laid eyes on Fancy in Princeton West Virginia, she was the heaviest dog of her litter and as soon as I held her I fell in love. I took her home back home to Kentucky the following weekend, later she got a severe case of mange and I thought she wasn’t going to make it. I treated her and gave her lots a love and persevered, once she got to feeling better we noticed she hopped instead of walking like a normal dog. So I took her to see what was wrong, I found out she had a broken tail but I always thought the hop was unique. When she got 6 months old I took her to get neutered and as soon as I got home the vet called and said he couldn’t do the surgery. He thought if he put her under that she wouldn’t wake up because she had a heart murmur. Oh but that didn’t stop me and her we just adapted to her limits and enjoyed our lives and you couldn’t tell anything was wrong with her. 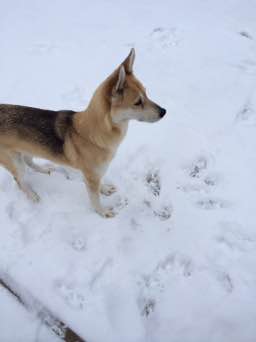 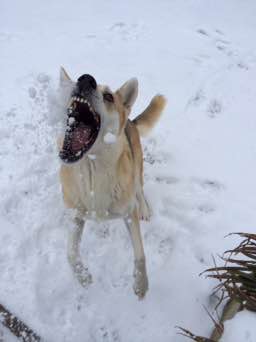 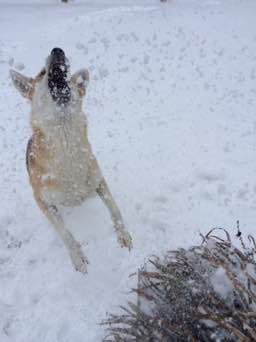 Last December 12/04/14 she started dropping weight really fast and didn’t have a lot of energy, so I took her to the vet and they did a fecal and drawee her blood. He said there was a bunch of fatty cells in her stool and it was very loose which is a sign of EPI but we wouldn’t know for sure until the blood work comes back. Well the results came back and sure enough she had EPI, he gave me my options and I was devastated because I was 18 and just graduated high school and the way he was talking I was going to be spending hundreds of dollars. I made minimum wage so I was really upset because I wanted to provide the best care for my dog because I loved her to death. Things worked out the vet worked with me and I found a better paying job, so we started treatment and we saw some results but I wasn’t happy with it. Then this August she started losing weight again so we amped up her treatment. We saw more results but at the end of November we were at a dead end and I had to make a hard decision to put her down. I was upset because Fancy was my baby, I called to schedule the date but hung up because I couldn’t do it. My boss confronted me and said she did hours and hours of research and wanted to try the raw food diet and B12 shots. So I smiled and that gave me hope that we may be able to save her, so I ordered the B12 and started her shots. The December 12, 2015 I did something I didn’t think I would do, I went to the butcher with my boss and we crawled into the bins filled with guts pulling out pancreas, stomach and liver. We stunk up to high heaven when we got back and she helped me cut them up and package them. I started feeding it to her and she responded really well with it and we thought she turned the corner. Every day she acted like a puppy and was full of energy, until 24th Christmas Eve, she played all day long nothing was wrong but at 5:00pm I found a bloody substance in the hall and I thought she was just coming in heat. So I cleaned it up and we went outside and she started staring off, I called her name several of times. Still no movement, I called again and she came up on the deck and collapsed. She started breathing heavy and clenching her stomach, so I knew something was up. I panicked and texted my boss Kathy and my friend Robin and my friend and office manager Kerri. Kerri was away from her phone and so was Kathy, but Robin replied and asked me what was happening and I told her everything. She got ahold of Kathy and Kathy got a hold of me and told me to go to the vet in Woodford, I called and they said they would me call me back. I was impatiently waiting, Robin called me and i was fighting back tears and she said “I’m coming to pick you up and we are going to the vet”. I sat in the back holding Fancy trying to comfort her, we got to the vet and they said they couldn’t treat her because she wasn’t a patient there. We come to find out it was a just a misunderstanding and the admitted her. I picked her up and we went to the surgery room and put her on oxygen, she fought the mask a little but so I held it on there for her. The vet got there and immediately started to try to treat her, her blood pressure was already really low and could get and IV in her. He tried many times and just couldn’t get it, 7:38 she stopped breathing, he tried CPR and many other things but nothing worked. Before I knew it my rock and my support broke and fell into the ocean, I was empty and fell into a dark hole and cried. Her body laying lifelessly in front of me, Robin comforted me but I was empty and cold. December 24, 7:28pm she passed but she was a strong and wonderful dog, always full of energy and on the go. She loved car rides and eating, she slept in my bed like a normal human being. The reason I told you her whole story is because her story is what made her Fancy, she had a lot against her but she kept going and was always loyal to me and my parents. She will always be in my heart and will always be my baby girl, she was my rock and support and will be missed deeply. Fancy, you will Forever be in my Heart, love Micah 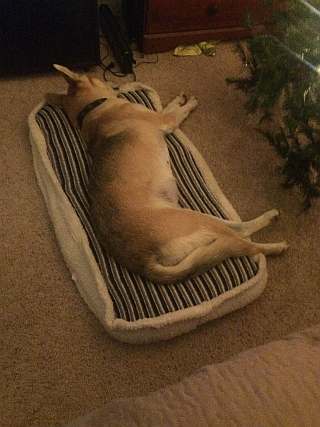