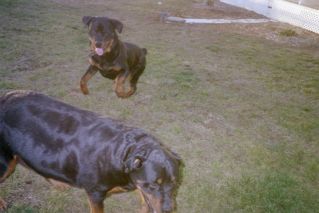 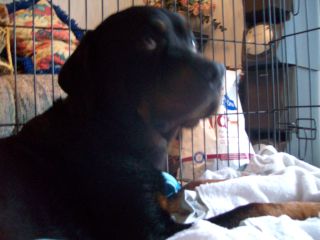 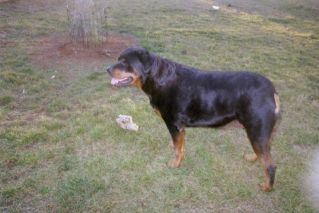 What can I say about these two faithful friends except to honor them in the way they honored us with love, devotion and affection. Rochelle and Dakota were two inseparable pals that were so different in personality, yet so lovingly similar. Who would have ever guessed that we would have to say goodbye to these  two companions so soon and so close together. Rochelle, who was a little older than “Cody”, she was 9 and he was only 5, just could not take the toll that the EPI did to her body and gave up her fight about a month and a half after her diagnosis. Thankfully it did not take her dignity with it and she died peacefully with her head in my lap. “Cody”, however never planned on giving in to his symptoms and fought them as long as his body would let him. Unfortunately it wasn’t meant to be and he also lost his fight about two months after Rochelle. We are saddened by their loss, yet surrounded by their loving memories. We were so blessed to be loved by these wonderful Rotties and they will forever be in our hearts! We miss you so much! Love, your mom and Dad (Carol and Joe)