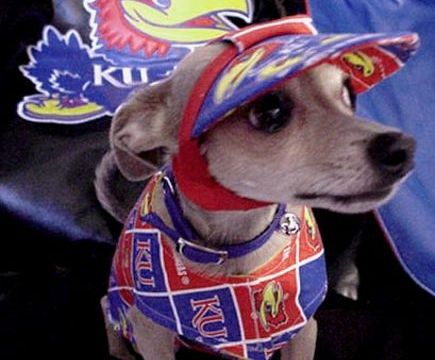 Buddy Lee was so special…a little grumpy dog who hardly wagged his tail, never rolled over on his back, yet loved beyond compare. He came into our lives in August 2004. I had never owned a small dog and I carried him around for an hour saying “what will I do with this dog??”  We had him for a little over 12 years and they were the best years ever. For the first 3 years he was sickly and I searched for a vet who would take me (and him) seriously. We finally found them: Dr. Pauly and Dr. Cox of Conway Springs Veterinary Clinic. He was dx’d in 2007 with EPI…and little did I know where that would take us. We never let his illness stop us from taking him places. He traveled widely and often. He was loved by everybody. His vets, his Grandma and Grandpa…and of course, by us. We had him stabilized and he saw the vet every other week; he was doing so well. In January he developed a cough that just got worse. Radiographs showed he suffered from “Old Dog Lung” or chronic bronchitis, which turned into a couple of infections. We valiantly tried to bring him back but with 6 meds and 2 inhalers he just wasn’t able to. I asked him a week or two earlier to tell me when he was ready to go. He did. I let him go Tuesday, September 20, 2016. My life will never be the same. (I am crying as I write this…) I hope you enjoy the pictures…I do have 3 cameras full! As my husband said, Buddy Lee is the son I never had. Man, I miss him…    Kate