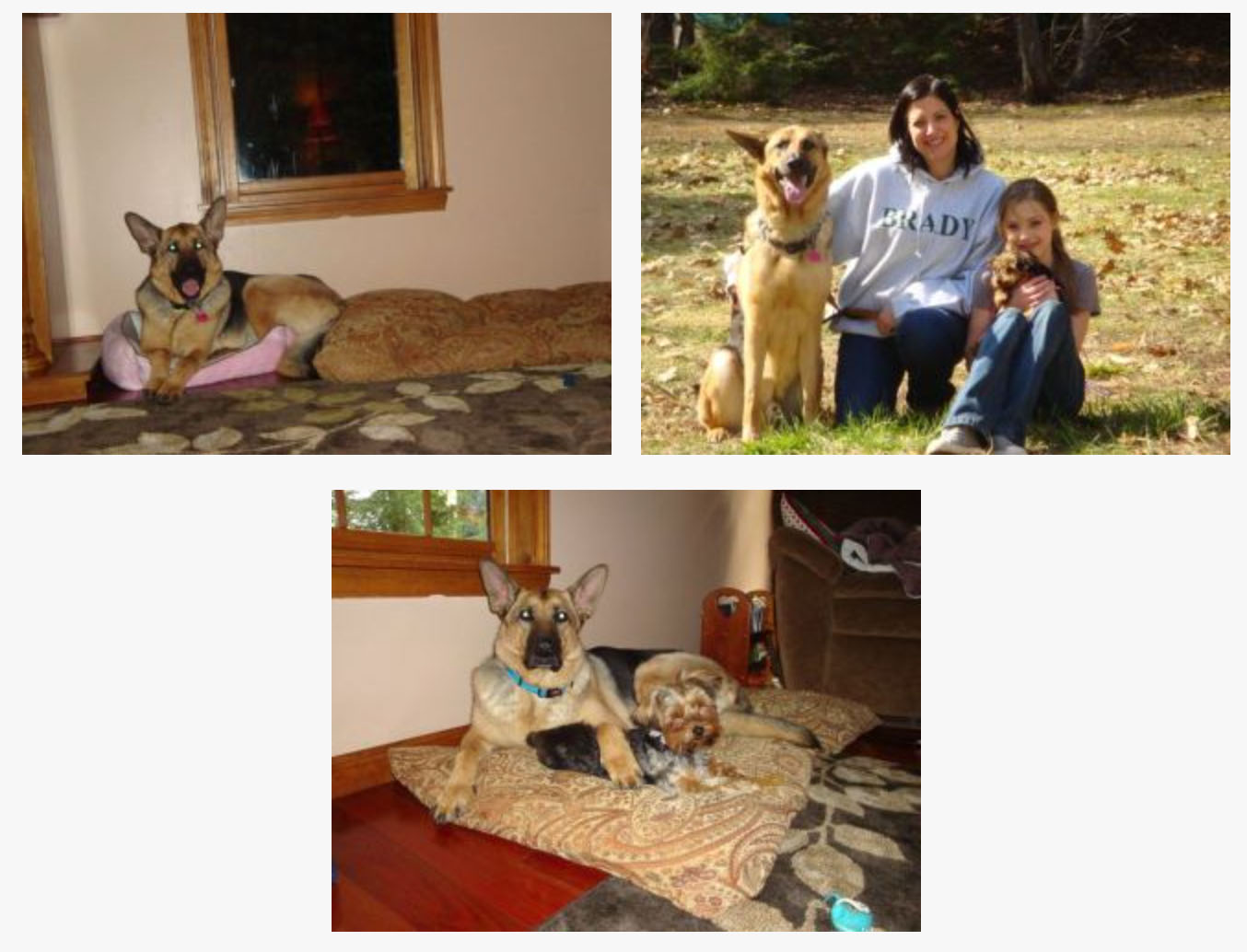 Apollo was the sweetest, most sensitive dog you could ever meet. He had the bad habit of bounding up to strangers, barking loudly. People would widen their eyes and stop in their tracks. Apollo was 108 pounds and a German Shepard ~ who wouldn’t be frightened?! However, within a few seconds you would know he was just so excited to meet you! “Hi! I’m Apollo! Who are you? Do you want to be friends? I do! I like you! Do you like me? Do you?”

Apollo was also the most beautiful dog I have ever laid my eyes on. This includes the many dogs I had growing up, as well as the four dogs in my family as an adult. Every person that met him would comment, he was that stunning.

Most important was Apollo’s heart. I believe he loved us with same fierceness that we loved him. He was devoted to fault. He faithfully laid by my side at night and followed me around like a shadow.  He loved his dad and was always trying to get his attention. He adored his brother, my son Chandler, and loved to roughhouse with him. He loved to snuggle with his sister, my daughter Tatum, who would bestow upon him just as many hugs and kisses as i did! He was adored by my kitties. They were always following him and rubbing his face when he was resting, which he good naturedly tolerated. He had a love/hate relationship with his yorkie sister Grace, but he too, tolerated her snuggling with him…at least for a few minutes.

Goodbye my sweet love. A huge piece of my heart will always belong to you. Although I know I have more work to do here on earth, and possibly even more doggies to love, I cannot wait see you again. To kiss your eyes as I did when I said goodbye, and say “Hello again, baby boy. I missed you so much”. Forever your human companion, Tonia