Home » Before & After » Phoebe 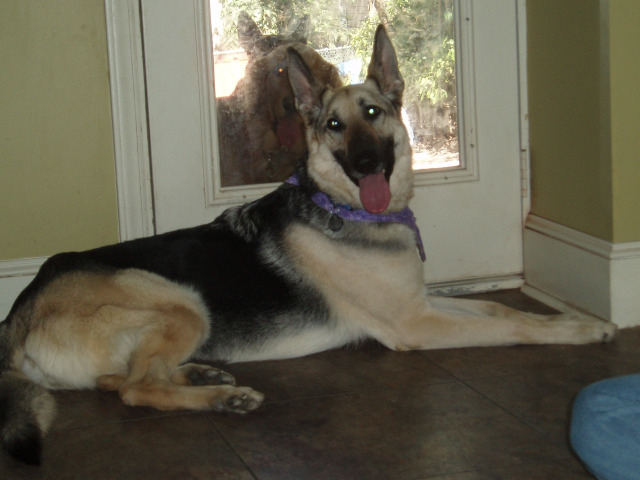 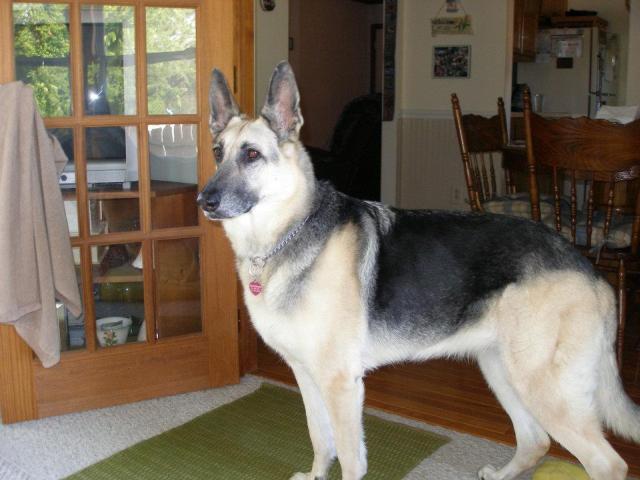 Our family adopted Phoebe in 2008 from a rescue in North Carolina. She was two years old and a skinny thing. After being with us for about 6 months we could not understand why she was not gaining any weight. We tried all kinds of things, even made satin balls and everything that she ate went straight out the back. We would take her for walks and it seemed liked we were carrying poop bags that weighed 10 lbs. It was so frustrating. Not only did she have diarrhea, she would vomit too. I did some research online and came across EPI. I took her to the vet and had THE blood test done, and it was confirmed that Phoebe did have EPI. I remember the doctor telling me that there is “magic powder” available which will make Phoebe feel like a new woman. Hoorah, the vet was correct and it did make a difference in Phoebe. Phoebe’s weight went from 56 lbs to 97 lbs.

It all did not happen overnight but gradually she started to gain weight. There was a lot of trial and error with her food and how much powder to give her. It was a struggle and we went through the phrases of her not wanting to eat her food but she would eat her poop as well as the stomach gurgling noises.

I noticed during the summer of 2012, Phoebe’s energy level was low and she was very lethargic and after reading posts on the support groups, it was suggested that we test her B12 levels. Well guess what? She is on B12 shots and what difference it has made. Phoebe has her groove back!!

I am an avid poop watcher now and EPI will always be part of our lives, but we can lick it!! Phoebe is a joy and I am so glad that she is part of our family.